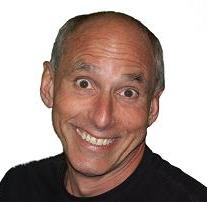 You may know him best as Ric Hansen, a popular Seattle Disc Jockey since 1972. Since then he has served as on-air personality, program manager and marketing director for top rated radio stations in Seattle metro area; mostly recently on KRJ-FM.

What you might not know is that Richard Mattson, behind the scenes, has also been a highly active entrepreneur for decades. Having started with multiple real estate properties and projects, Ric has invested in radio stations and other ventures. Some years ago Ric came up with an unusual business - that of providing live disc jockey entertainers to school and other parties all over the United States.

He realized there was a real need for a national "Name brand" mobile DJ organization that was capable of finding, and managing the best "Live" DJ entertainers and use their skills to not only entertain but serve as a powerful event marketing tool for Radio Stations, and retail advertisers.

For three decades Ric has been one of the most sought after voice-over talents in the country. If you live far from Seattle, you may think you have never heard him on the radio. So you will be surprised to learn that you have definitely his voice before on local, regional and national radio and television. His friendly baritone delivery is the envy of radio personalities everywhere.

Ric lives on picturesque Fox Island in Puget Sound and is devoted to his wife and son Ben.